The Pope is onto something 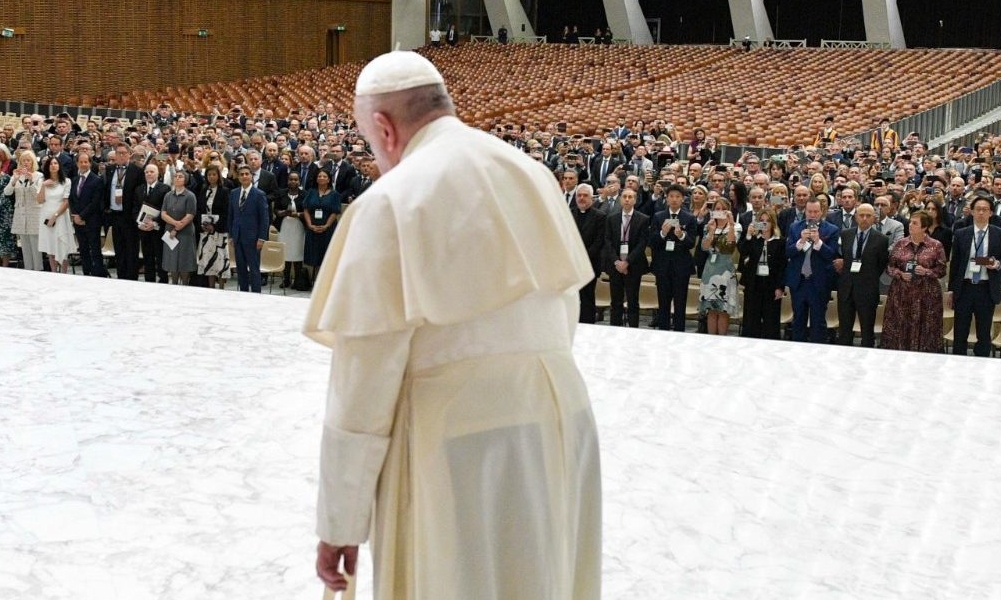 There are not too many things that surprise me anymore. But the Pope calling on business to use its skills, influence and combined intelligence to work with governments is one of those moments.

Some governments are better at this than others. The worlds’ most successful societies appreciate the business community not just as creators of jobs and the for the taxes they pay but for the level of expertise and talent that they encapsulate. It is indisputable that the human condition has improved markedly since the dawn of the industrial revolution and if you compare the progress humanity has made in the fields of science, technology and healthcare over the past two hundred years relative to the previous 38 800 of our known history, we have it far easier than our forefathers ever did. It’s by no means perfect. Every generation tends to solve some of the problems left by their ancestors and in turn create a whole lot of new ones for their descendants – the biggest of which right now is a rapidly heating planet. Progress comes at a cost.

But back to the Pope and businesses stepping up to the plate to improve the lot of the world, which, let’s face it, is going through a rough patch.

Take the US space agency NASA for example which is increasingly outsourcing work it would once have done itself to entrepreneurs like Elon Musk who, for a fee, will launch payloads into space. The advantage is that he is able to do the work for profit more efficiently than a large bureaucracy such as that which evolved over decades in a government agency has been able to do. Because SpaceX is incentivised to be more efficient, it has worked smarter to do the same job for less. Everyone wins.

Greater collaboration between business and governments makes sense. Government’s job should be to provide the framework and systems upon which society can function optimally and not be in the business of competing with the private sector which, while far from perfect, is better at problem solving quickly than states are.

Governments biggest challenge is to regulate effectively so as to not constrain innovation but also to do so in a way that all citizens interests are taken into consideration. It can go awry. In countries where security, health and education have broken down, one sees the emergence of very effective private sector players who seize the opportunity left in the vacuum of service delivery. It exacerbates inequalities rather than addresses them. That’s because all-too-often weak governments allow two-stream economies to take hold rather than embrace the private sector to ensure that public services are also allowed to flourish.

It’s interesting therefore that none other than the Pope himself has called on business to play an active role in tackling crises globally. He was speaking to leaders at big four global consultancy and accounting firm Deloitte. Feels weird, doesn’t it? He said business has the power and experience to help those who are suffering particularly when it is as a result of a pandemic or war. Indeed, it was private sector scientists who discovered vaccines capable of staying the worst effects of Covid 19 but it required governments to organise and fund the distribution of the doses.

“Your analysis and proposals (should always be directed) towards choices consistent with the paradigm of integral ecology…what kind of world do we want to leave for our children and grandchildren?’”

There is an echo of Ukraine President Volodymyr Zelensky’s inaugural address to the country’s parliament: “I do not want my picture in your offices: the President is not an icon, an idol or a portrait. Hang your kids’ photos instead,  and look at them each time you are making a decision.”

Hardened capitalists should do the same. For capitalism to survive in a recognizable form, it is going to have to be more inclusive. There is a pushback against much of what capitalism has come to represent in recent decades. As Mariana Mazzucato the left-wing economist put it in Davos in April 2022: “Labour’s share of global income is at a its lowest levels ever, and that pisses people off.” Around the world we are seeing a pushback against the worst excesses of capitalism which have enriched a only a few and its leading to deep fractures in societies worldwide.

The Pope is not for a moment suggesting that free-market capitalism is the be-all and end-all but what he is encouraging is that business should play a far greater and honest role in the betterment of society.

“We had not finished dealing with the financial crisis of 2007 before we had to face the crisis of sovereign debt and of real economies, followed by the pandemic and the war in Ukraine with all its global consequences and threats,” the Pope said, “our planet continued to suffer from the effects of climate change; cruel and hidden wars were being fought in various regions, and tens of millions of people have been forced to migrate from their homelands.”

He urged the consultants to come up with new ways of making the world a more equitable, sustainable and fairer place to live. I concur, but am reminded this week from South Africa what can go wrong when a government which does not have its citizens best interests at heart  allows  corruption to infiltrate state institutions to illegally enrich a connected elite.

Bain and Company has seen its global reputation tarnished because of the work that it did for South Africa’s tax collection agency SARS. It has led to it being barred from signing new public sector contracts in the UK and private sector companies are therefore also circumspect about their dealings with the firm which under new leadership is desperate to resurrect its image and is taking legal action to overturn a decision blocking it from government business in Britain.

“We deeply regret the mistakes made in the procurement and execution of Bain SA’s work with SARS between 2015 and 2017,” wrote new Bain South Africa head Stephen York. “SARS was – and remains – a critical institution and a source of pride. Like many of you we are embarrassed that this could have occurred in the first place and are angry that our work was used by others to damage a critical institution and SA.”

This is where things can go wrong. Business and government do need to collaborate. For that you need honest operators on both sides of the fence. Government has to be able to trust the integrity of the private sector service provider and it in turn needs to fully understand the implication of the work it does for its client and the moment that the trust is broken by either side the matter should be made public.

It may be too much to expect in a world governed by vested interests, but the Pope is on the right track. Governments alone cannot fix problems. They need to bring in the private sector. They need to behave with integrity, and keep a beady eye on their partners.

Not quite a match made in heaven, but one endorsed by the Pope himself.

For more details on other stories about companies from the southern tip of Africa realising the world of opportunity upon which to capitalise and created sought after global brands and opportunities, in my new book Genius: How to Take Smart Ideas Global, and pull it all together in my new keynote: How to Thrive at the Edge of Chaos.